The end of winter has always been the part of the year during which taking wildlife pictures is the most difficult. Forest paths become impassable because of the melting snow. Furthermore, the snow is not pure white anymore, it is covered with dirt and the mammals that have survived the winter are not too healthy. Thus, it is much more difficult to create aesthetic pictures. 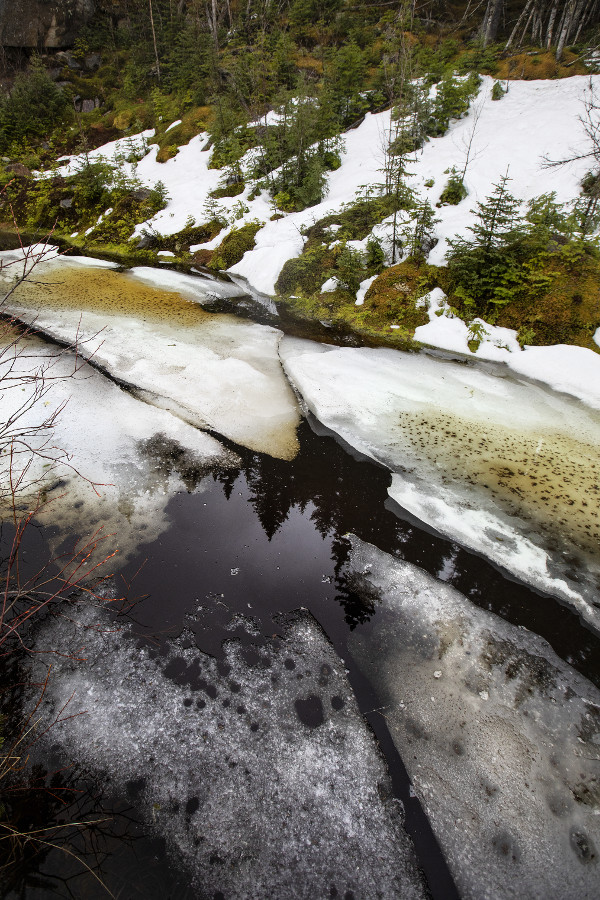 Spring means light at the end of the tunnel for many species that do not hibernate. For example, that season’s harshness often leaves visible traces on the moose’s body. I have taken pictures of moose in such bad shape that I found it difficult to know if it would survive until the first heat of May. The images, often heartbreaking, testifies to the hardship that is winter. 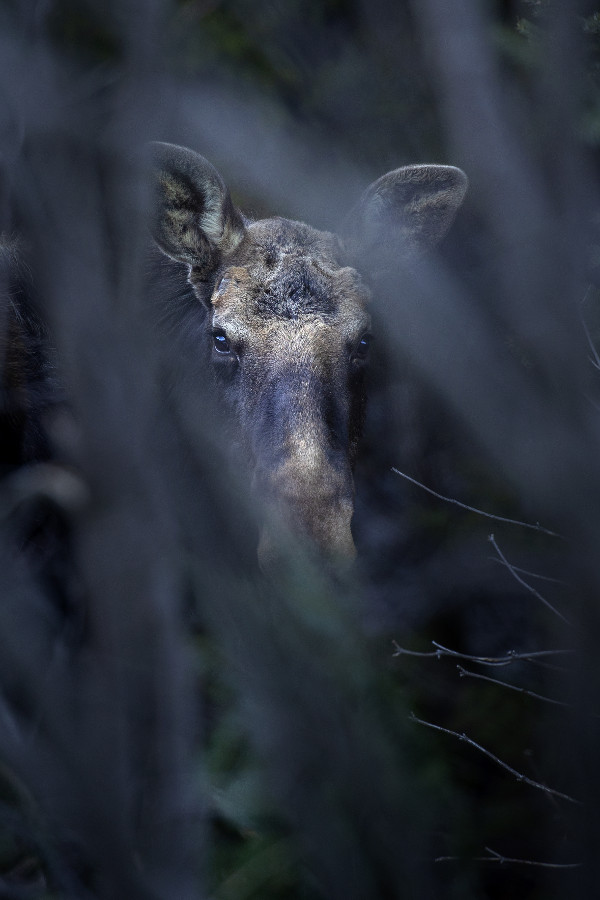 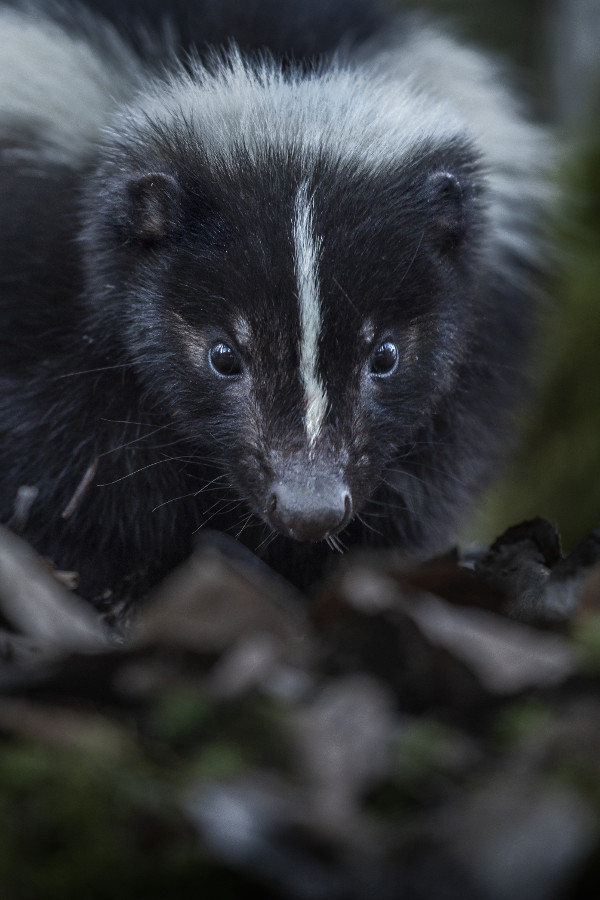 However, I have found a way to optimize this time of the year. Although it is better to let fauna catch its breath during this time, it is nevertheless relevant to study the traces that it has left. That is why I will explore my favorite photographic territory: the Réserve faunique des Laurentides. 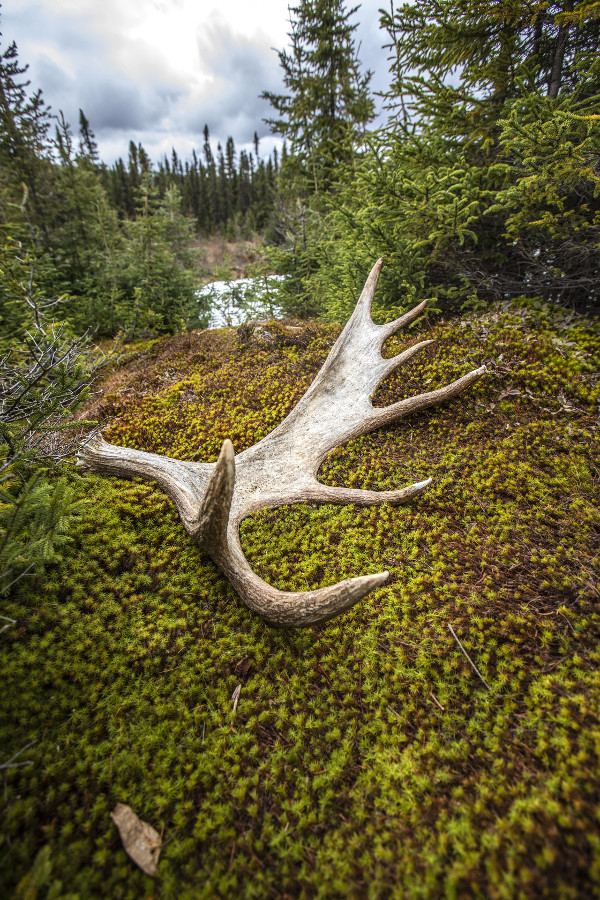 My favorite activity of this time of year is unarguably antler hunting! Observing the ends of an antler still covered with snow is a source of extreme fascination. To my eyes, it is more than a simple antler. It is also the exact location of a male deer, that was there between the end of November and the beginning of January. This discovery will thus be very useful to me for the following year, because from my experience, in the case of moose, it often comes back to the same locations, this, at the same times of the year. This year, I had the chance of discovering the biggest antlers of all my life! 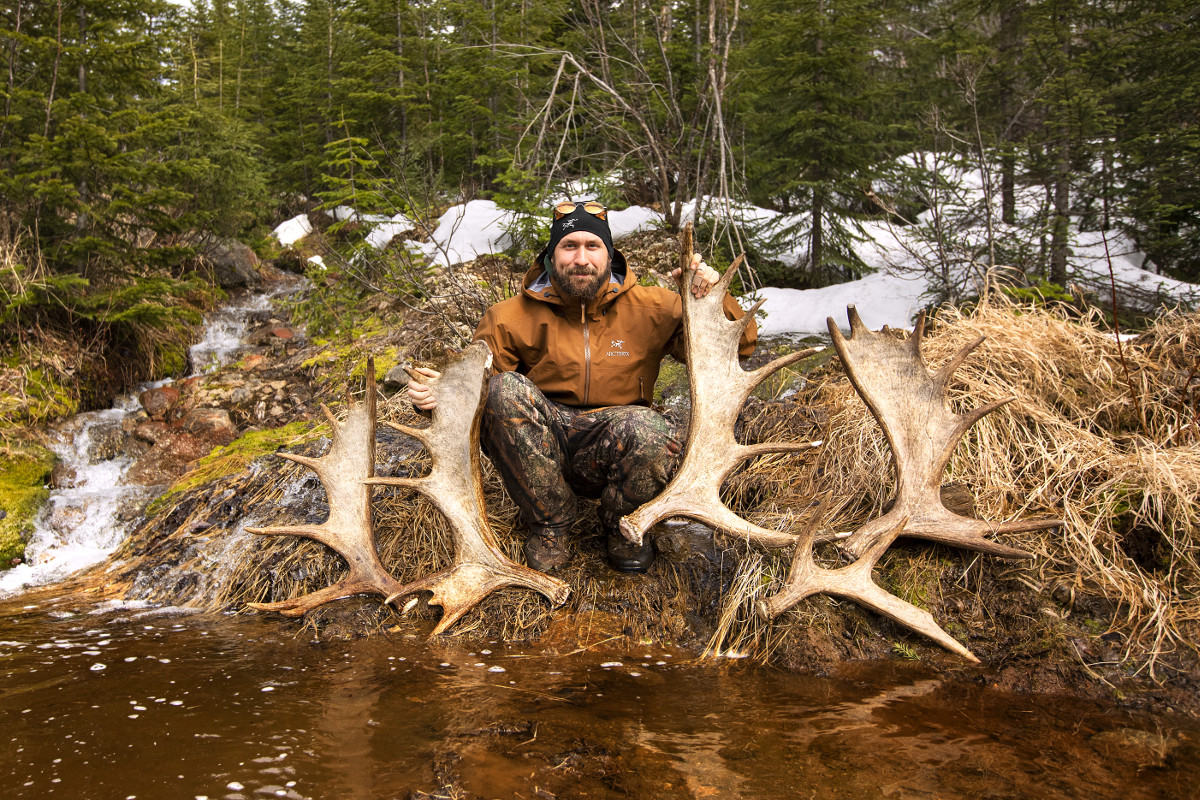 I have often had the chance of stumbling across sites of winter predation of the grey wolf. The scene is always the same, a moose’s skeleton eaten to the bones and all around it, like a large rug of wolf footprints. Also, we can see traces of carrion-eating birds, like ravens or bald eagles. One year I counted eight sites of the kind in a single day of research in the Réserve faunique des Laurentides. Two of them were mature females and six were new-born. It is nature that regulate itself and it is good that way! 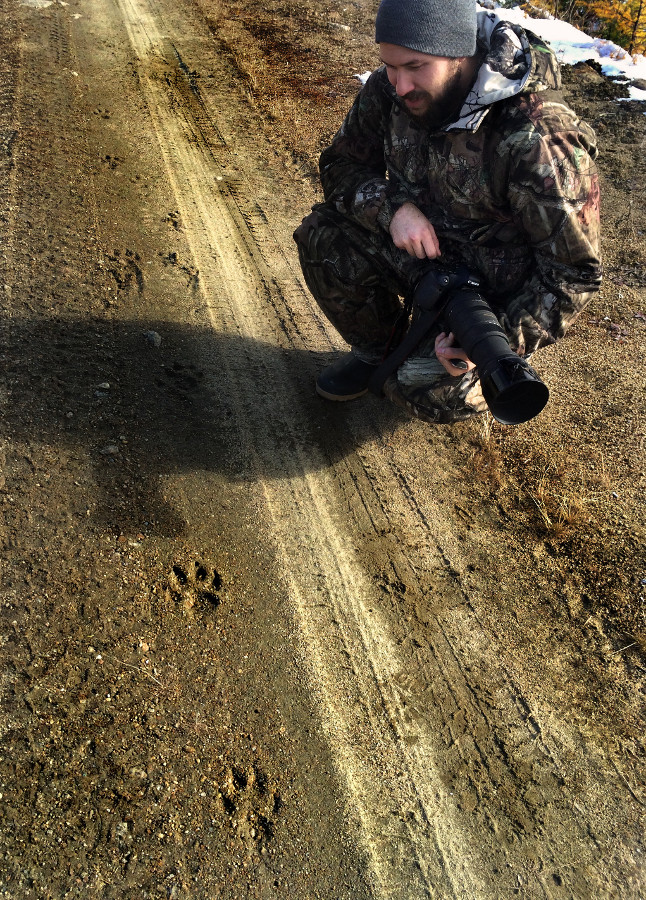 However, one has to be prudent when one explores during thaw period. As a matter of fact, here is an anecdote that happened to me last year. Accompanied by my friend Anthony, we left early in the morning from Quebec city to go explore forest paths in an area that we didn’t know. At five in the morning, the thermometer was indicating -10 degree Celsius. It is a rather cold temperature for the second week of May, however, a maximum around five degrees towards noon was forecast. Having driven way before sunrise, we were already in the ATV, ready to explore, when the sun appeared.

Nature was wide awake, the moss, green, almost fluorescent, contrasted with the snow. After 10 minutes on the road we had the chance to see two horned larks, a species that I rarely have seen in the forest. The road alternated between frozen snow and bare ground, all was unfolding to perfection and the sun was shining. We also had the chance to see a sage grouse, in courtship behavior with its female, less than two meters away. 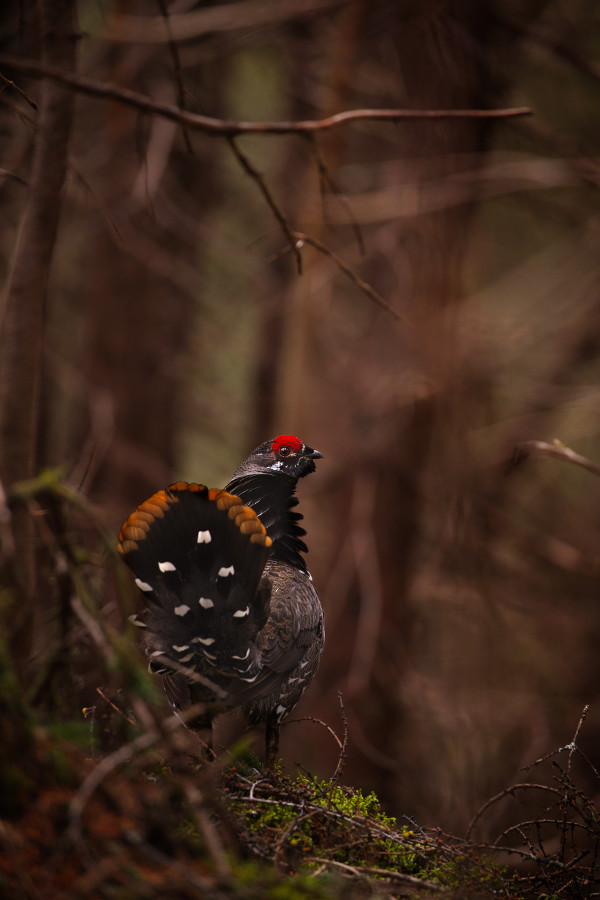 We spent one hour taking pictures of them and observing their behavior. The day was progressing well, and after four hours drive in the woods, interrupted with picture taking sessions, we arrived to a wall of snow much too big to cross.

We decided to turn around and go back to our departure point. Once the vehicle was full of gas and after eating a few chewy bars, we left. The temperature was much higher than five degrees and the snow had become soft and melting. We had not considered this possibility at all and we had driven through places where the snow was more than three meters deep.

Everything that was solid early in the morning had become soft during the day. It was impossible to hold on to the vehicle because it was sinking in the melted snow. It was physically very intense because we had to push the handlebar together, while I was pushing on the accelerator. Many times, the vehicle got completely stuck, and with the assistance of the winch we had to pull ourselves with a tree on the border of the path, and that, repetitively. 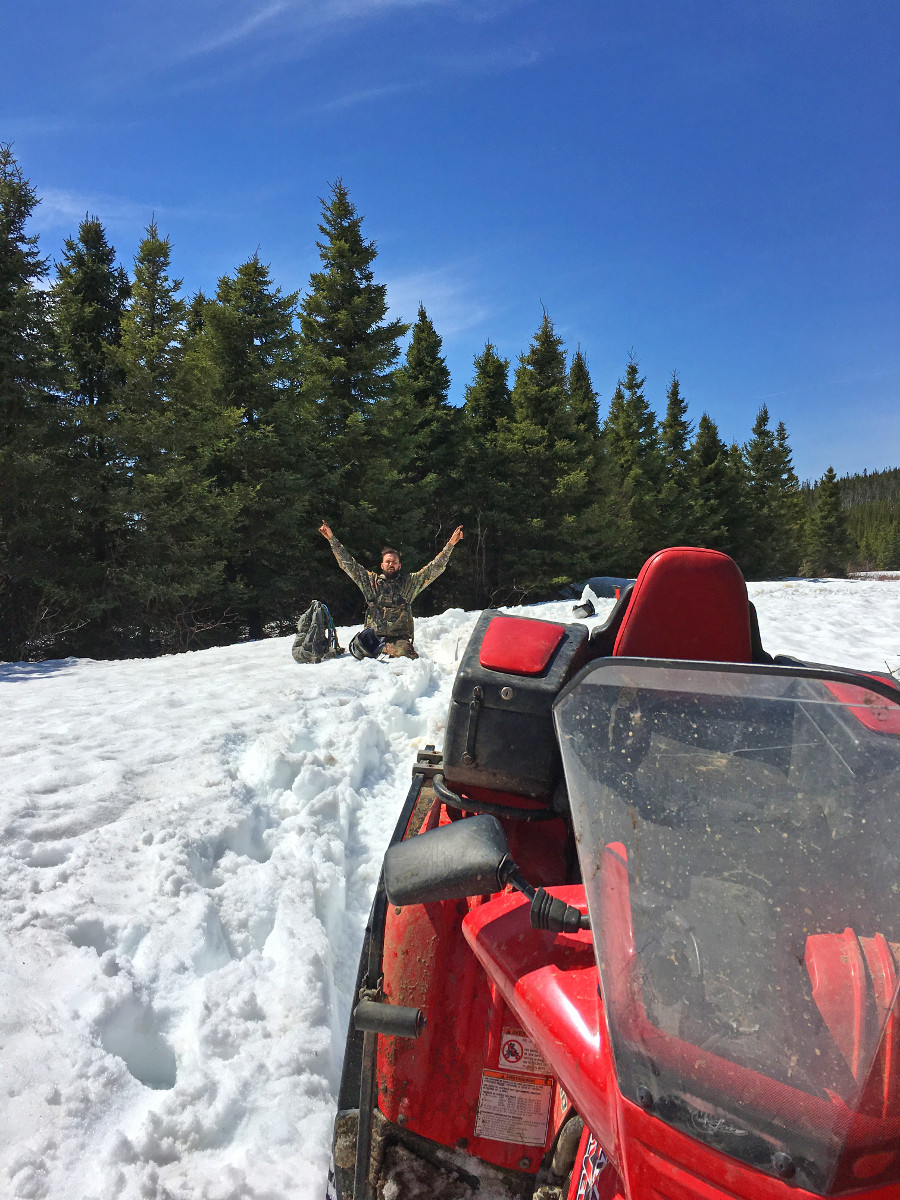 With perseverance and since it was our only option, after eight long hours we succeeded in coming back to our starting point. Eight hours where adrenaline pushed us to continue and where each curve was slowly taking us closer to our objective. What should have been a quiet day with beautiful discoveries was the most difficult of my outings in nature. 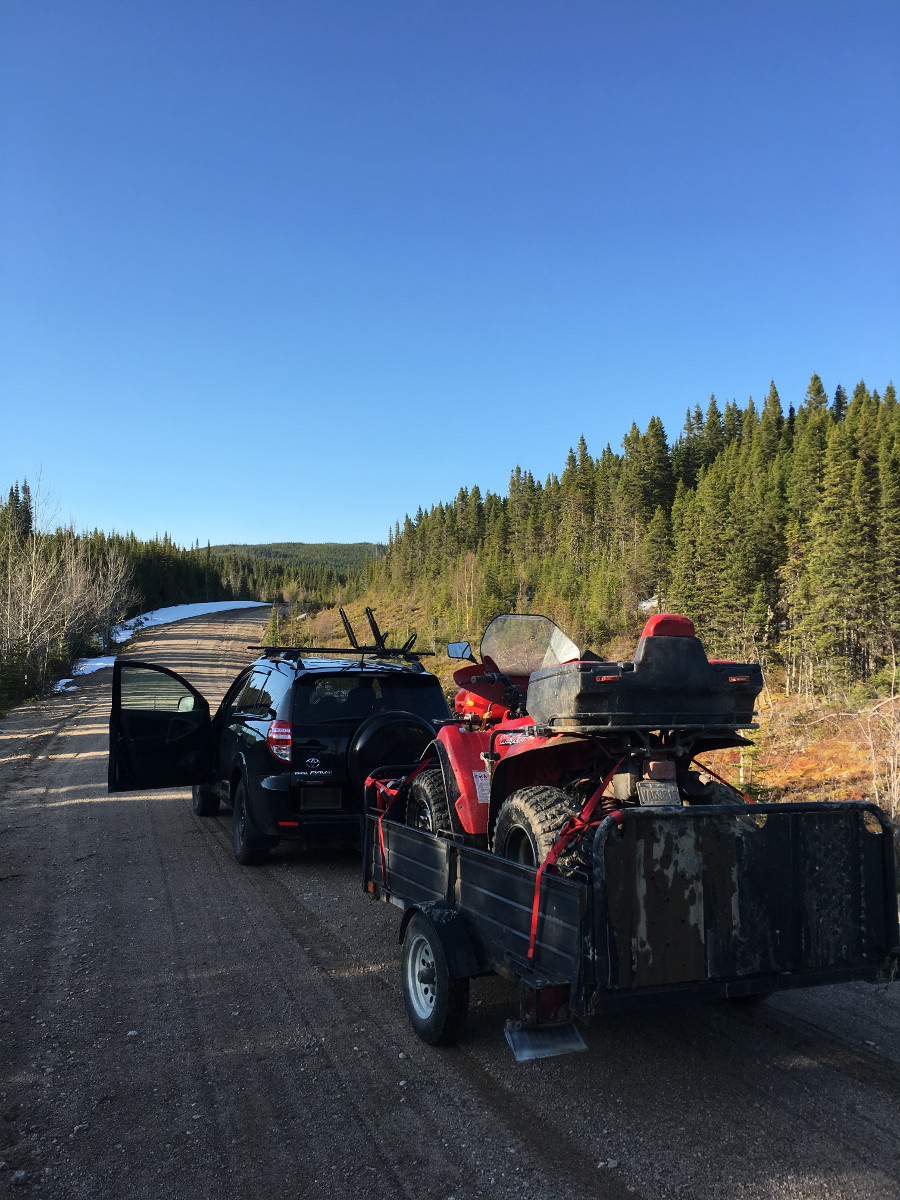 If you go out in springtime, I advise you to pay particular attention to the snow, it can either be your best ally, or your worse enemy. 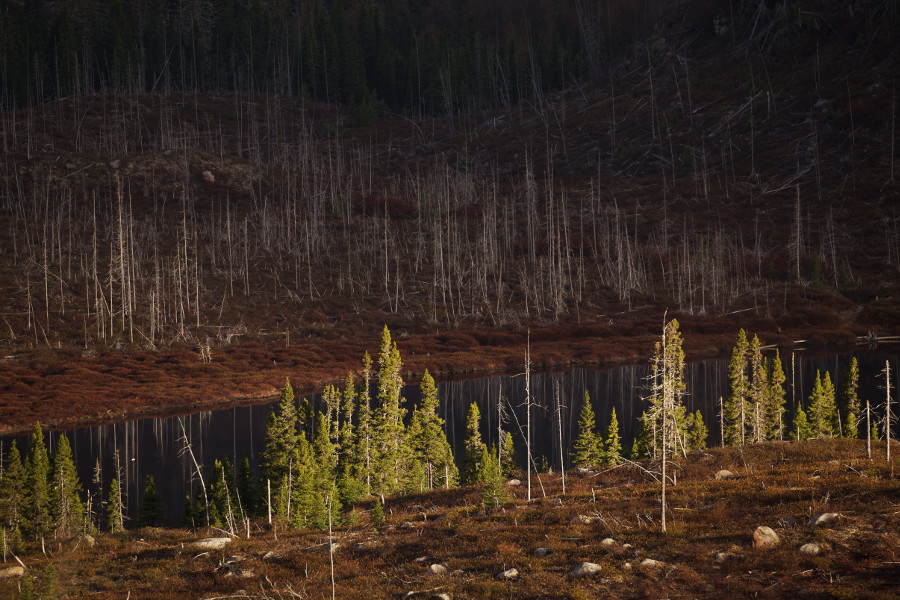 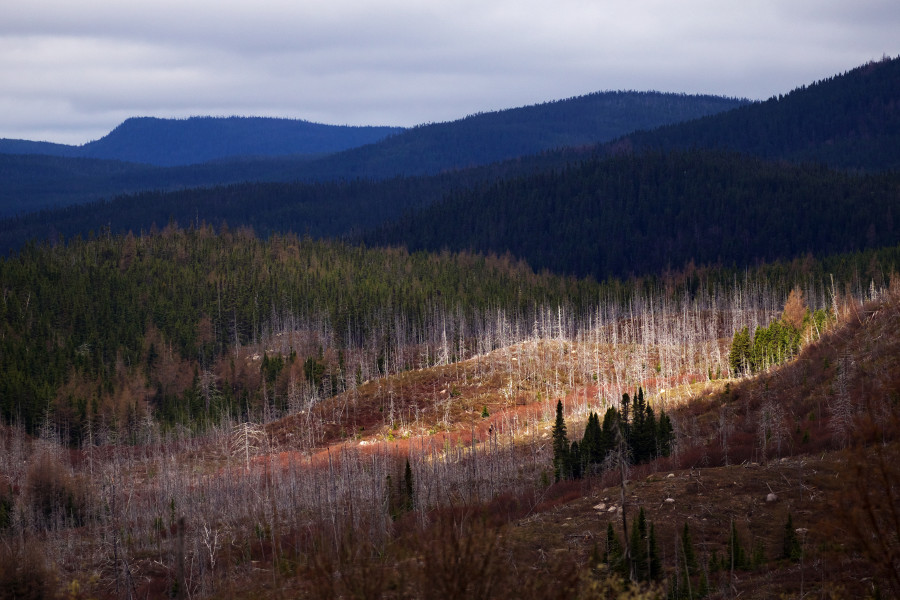 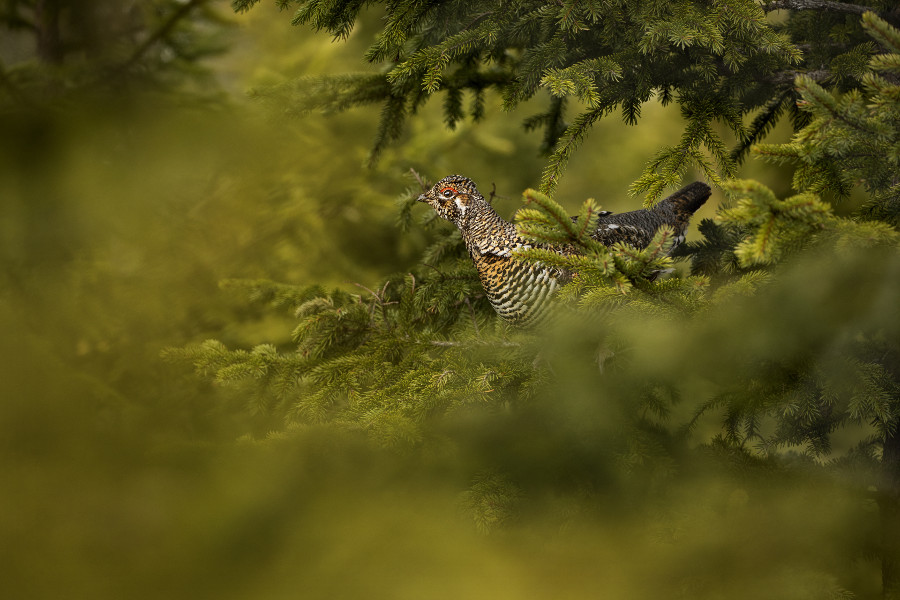 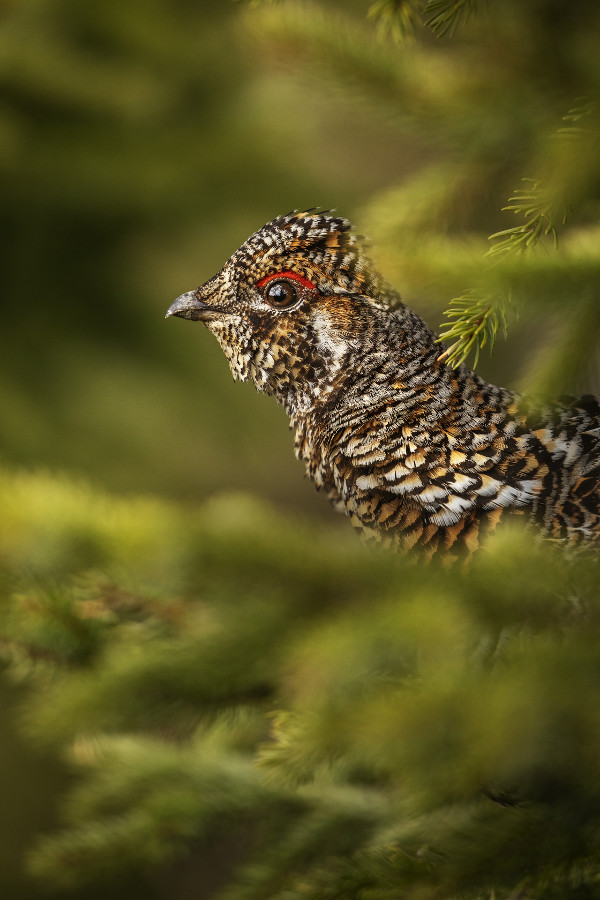 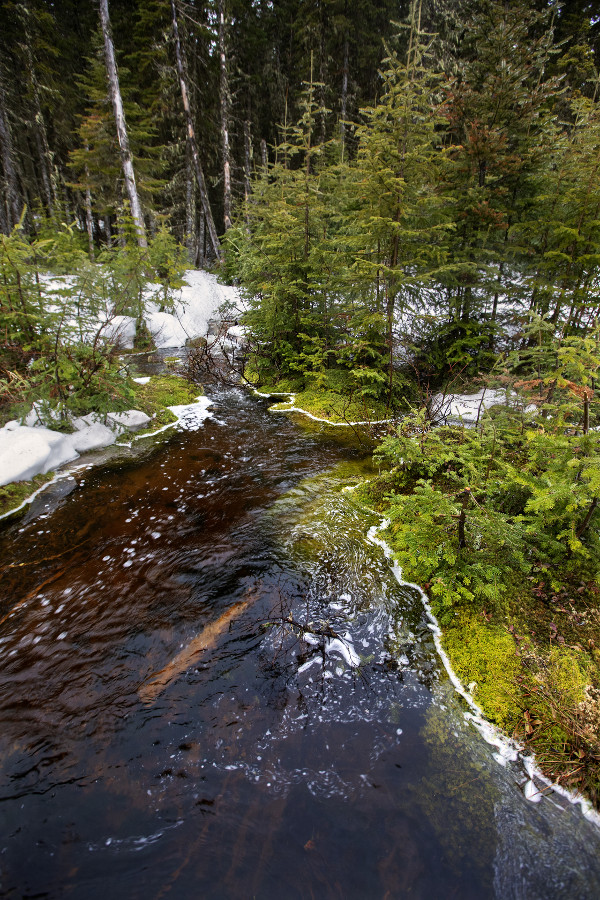 Many thanks to the Réserve faunique des Laurentides, without whom this article would not have been so rich! 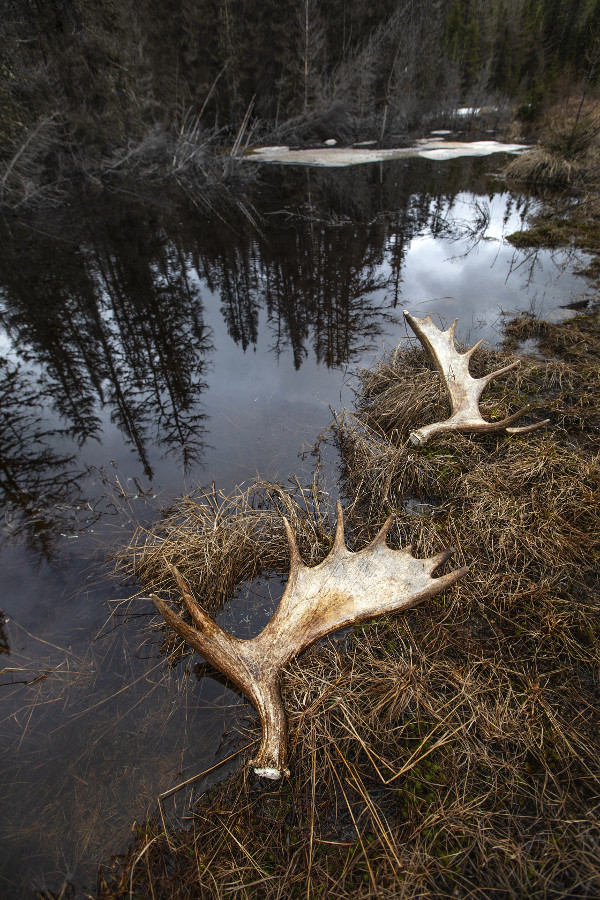 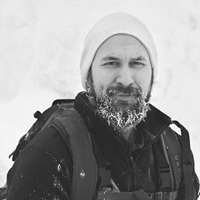 Jean-Simon’s photographic expression is the result of a search for contemplation and isolation.  The wild world contrasts with the modernity that surrounds us. It represents a fragment of balance and delicate symbiosis in a period of great changes. According to the artist, the true artistic creation is far beyond the technical aspect.  With his solid background in photography, an art that he has been perfecting for already 14 years, his mission is to capture rare wild atmosphere.

The opinions expressed in the articles are the sole responsibility of the authors of the texts and do not necessarily represent those of Magasin Latulippe.